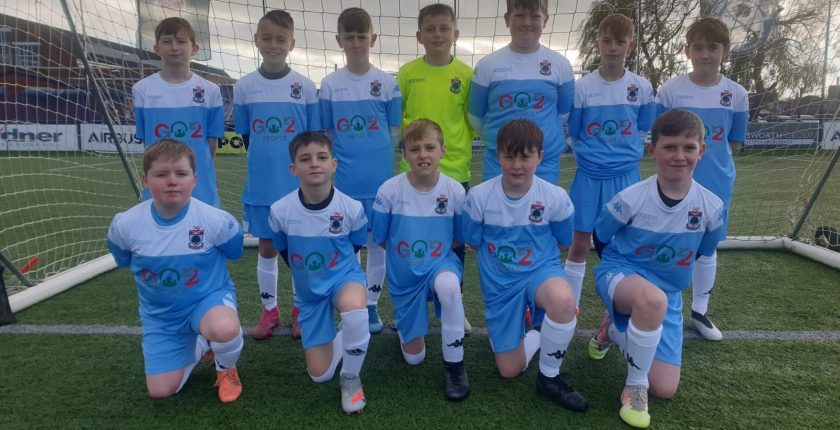 We are thrilled to announce that we have signed a new sponsorship agreement with Colwyn Bay Football Club.

GO2 People will be the main shirt sponsor for the whole club for the next three years. This isn’t limited to the Men’s first team – it also includes the newly formed Women’s team, the Juniors, and the Academy.

In addition to the shirt sponsorship, we will also be the new Player of the Month sponsors.  So be prepared to see and hear a lot about us at the 4 Crosses arena in the coming months!

A mutual love for the beautiful game

The deal came about as a result of a conversation between our Managing Director Chris Hughes and one of our drivers. It turned out that the driver was involved with the Club, and as they say, the rest is history!

“He [Chris] realises what a high profile club we are and the positive presence we have, not just within Colwyn, but also the wider North Wales community.

“Chris’s knowledge and love for football is huge and he’s been a joy to get to know and I look forward to building a closer working relationship with him in the future.”

Passionate about local business and sport

With a background in football, Chris is very passionate about supporting the sport at a grassroots level. Hearing that the new financial package will allow some of the teams without funding to have kit, meant the decision was a no-brainer.

“I am very passionate about local businesses helping out local communities and clubs. With a background in playing football and coaching a local boys football team, when I was approached by the Director at CBFC regarding sponsorship, it was something I was very interested in.”