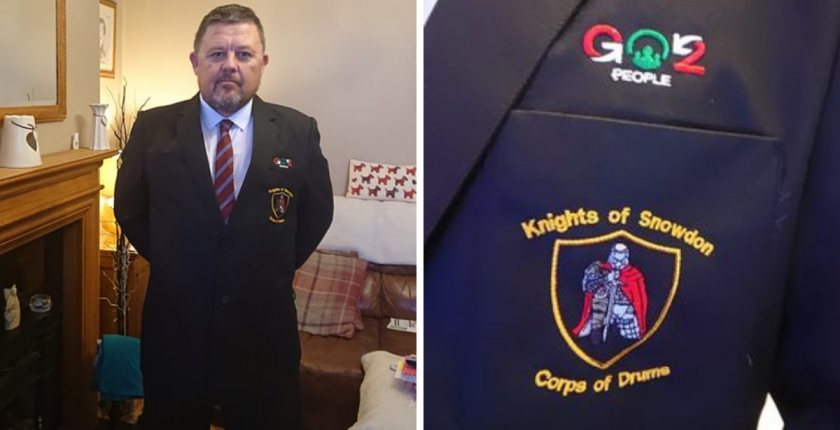 Official sponsor of Knights of Snowdon

We are thrilled to announce that we are sponsors of the newly formed Knights of Snowdon Corps of Drums. The GO2 People logo now sits proudly alongside the corps official badge on the front of the group’s blazers.

The Knights of Snowdon was set up by Paul Jones, who served as a drum major in the Royal Welch Fusilier, at the start of 2020. After noticing that there weren’t any local bands performing at Remembrance Day parades, he decided to start something the local community could be proud of.

The Corps of Drums has the full support of the Bay of Colwyn town council. Paul is hoping to receive a grant from them for help cover the cost of musical instruments, training materials, and uniforms. In the meantime, the group is appealing to the general public and local businesses for their support.

“GO2’s sponsor has been gratefully received last year and we have spent it wisely. I hope you like our new Blazers embroidered with your logo. Thank you so much for supporting us.”

Help the Knights of Snowdon Corps of Drums reach their £12,000 target by donating on their GoFundMe page. You can also click the following link to read more about GO2 People and our passion for all things local.